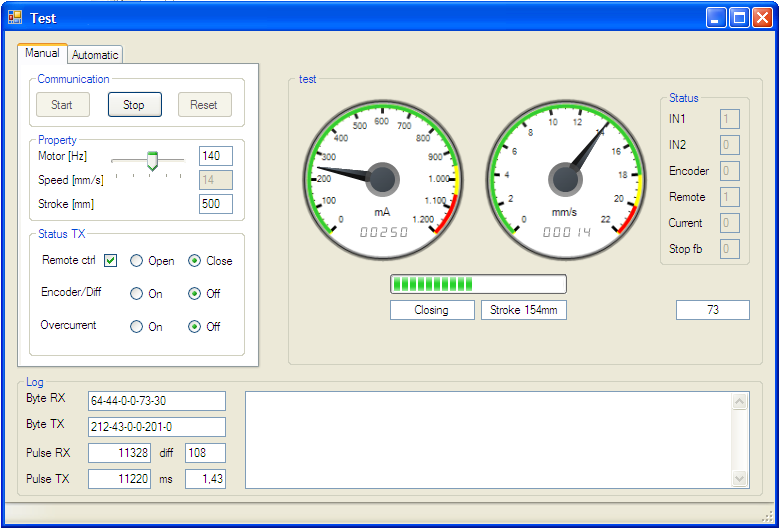 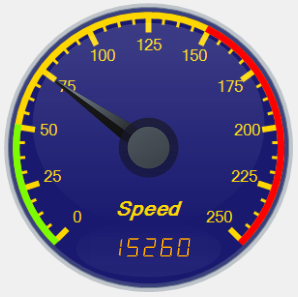 AquaGauge is a dll, written in C# and using GDI+, for making analog dial gauges. You can freely use it in your VB.NET or C# softwares.

Every AquaGauge control has a pointer and a digital display. Digital display can be hidden or show the same value as the pointer or his own value. The control can be fully modified in colors and functionality. Values on the scale can be negative or decimal as well. The number of decimal places can be set from 0 to 2.

AquaGauge was developed in 2007 by Ambalavanar Thirugnanam and distributed on CodeProject. Since source code was available, in 2011 I’ve corrected the bugs and added some other features. You can see a list of modifications to original control in the documents attached with download. Download also contains some documents useful to understand how to use the control.

Here is a demo showing the functionality of AquaGauge control:

For further information you can contact me using this link. There is also a page, in italian language, showing the installation of AquaGauge Control in VB.NET 2008: here. In the page there is also the download of the demo shown in the video (only for settorezero.com subscribed users).

This is the BMC70012 enclosure from @BaharEnclosure. Great #quality plastics and manufacturing! I love this box and I'll use it for the next project. It's ideal for an hand-held instrument and using the back support… instagram.com/p/B8t4E3zI2tv/…

🎵 I’m gonna take my bot to the old town road, I’m gonna ride ‘til I can’t no more. 🎵 @BostonDynamics’ Spot pulling @donttrythis around in a steampunk rickshaw will be the greatest thing you see all week: bit.ly/2HyPegw pic.twitter.com/cb0CiIbuWH